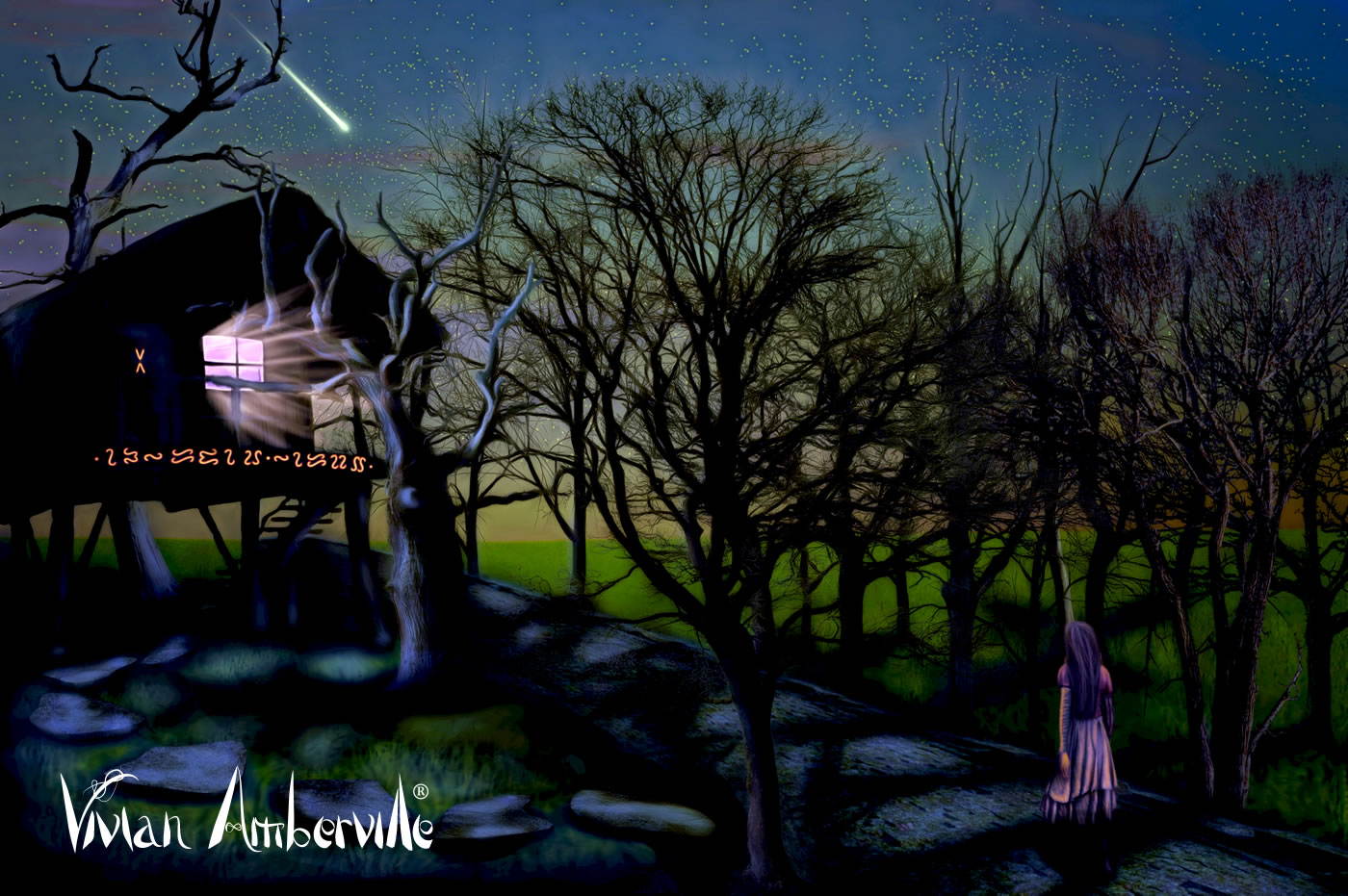 "Vivian’s first impression of Solidago was that she had travelled back in time, but not to a time where architecture had been invented. All houses were twisted out of shape, to say the least. Windows either too large to open or too small to make a difference peppered the city in places one would never dream of having one."

The urb of Solidago is a bustling merchant settlement found in the northern part of Ærria’s most volcanic continent, Kranija.

A literally translation of the word “Solidago” is “the Sole-Day City”, so-named on account of the city’s geographic location in the Everdark side of Ærria. In other words, Solidago enjoys a single day of sunlight within the entire space of a year.

Solidago is the home to the mysterious former Weaveress and self-taught Artisan Lady Saah, who is also the keeper of The Golden Goose Healing Practice (Goltgoss Haijk).