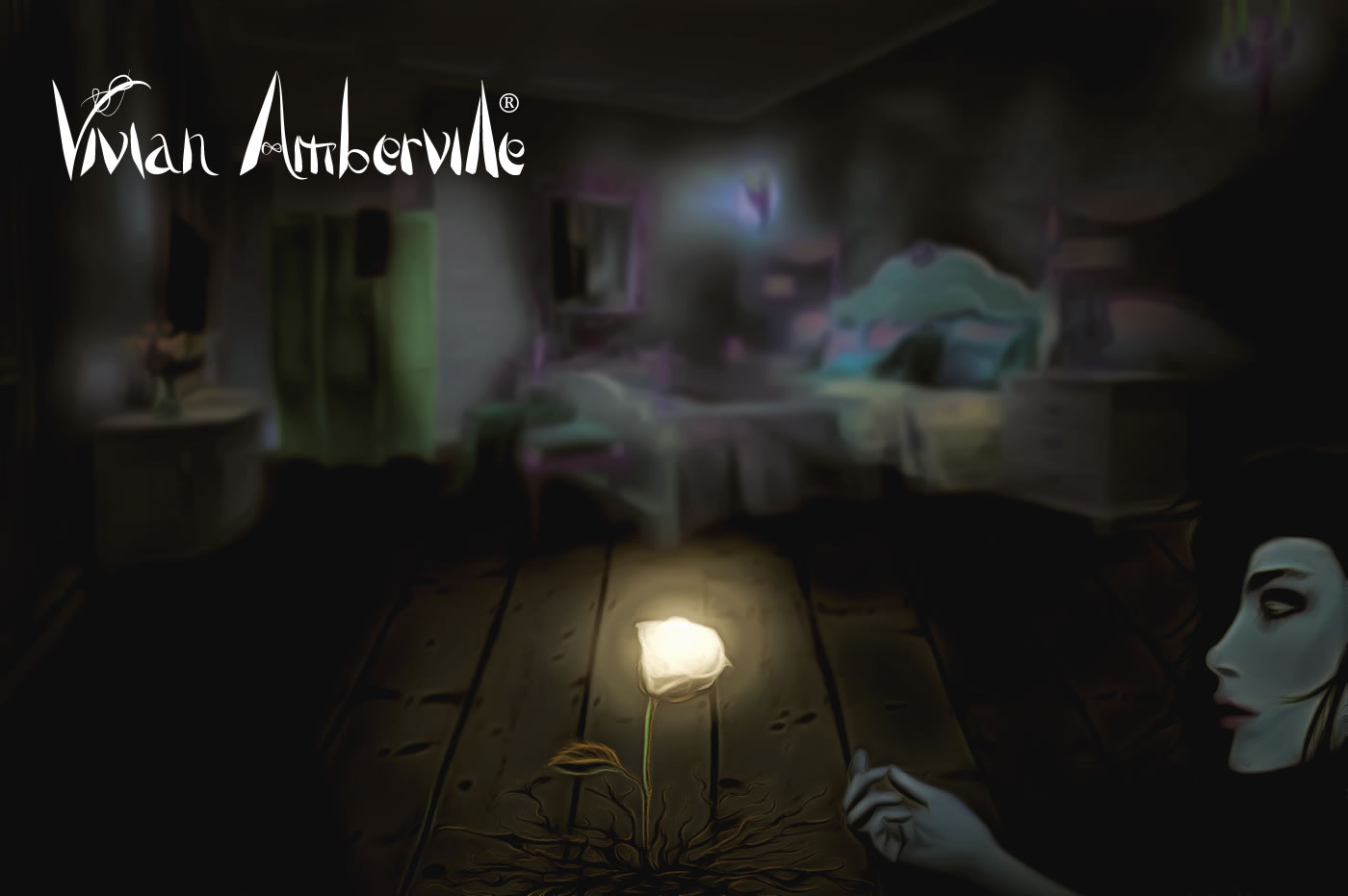 "‘Whispering roses. Big, white, light-giving things. Grow in thin vines across the country, repeating to each other words they pick up nearby. They’re in the forest, so you’ll need to break curfew.’"

Whispering Roses (Murmura Rossa) are darkness-inhibiting rosaceous flowers encountered all around Ærria. Whispering Roses are silver-white in colour and grow in networks of uninterrupted vines.

One of the most distinct characteristics of Whispering Roses is their ability to record emotionally-charged sounds and fragmentary lines of dialogue. Once recorded, the roses will whisper the message down the chain, from one petalled-mouth to the next, in a twisted game version of “Broken Telephone” or “Chinese Whispers”.