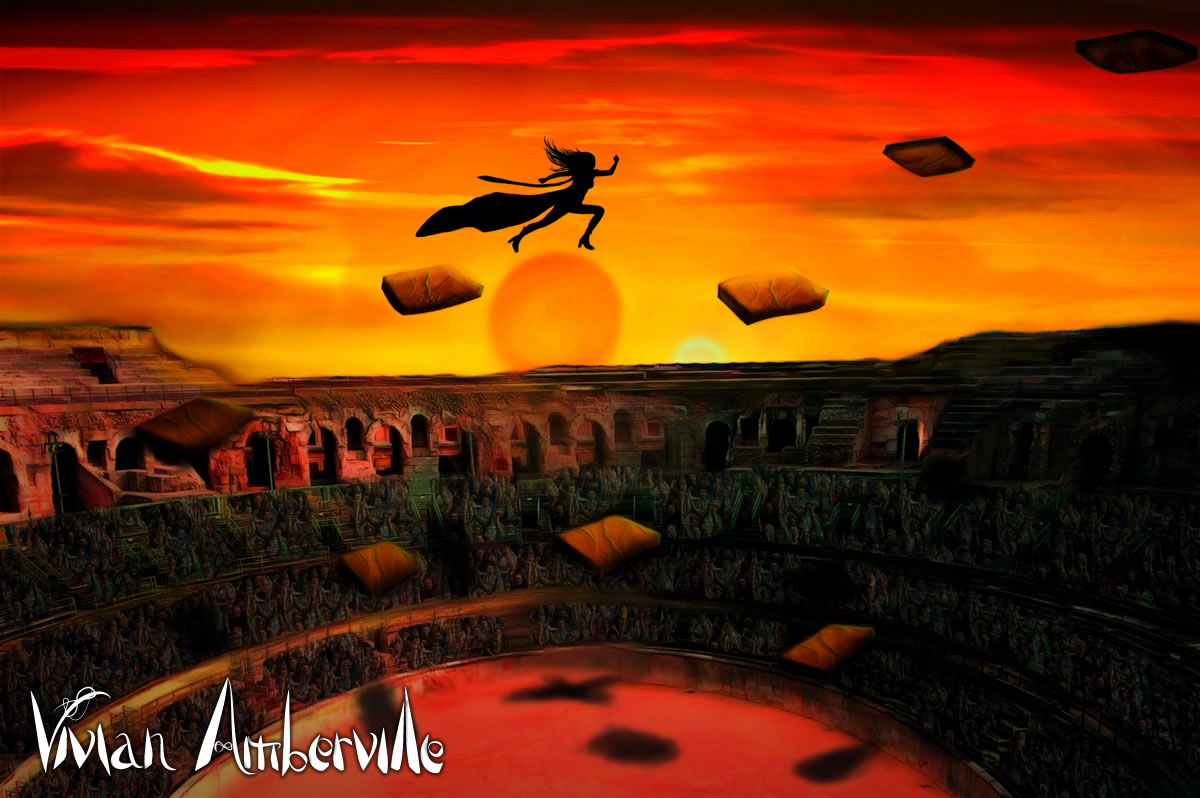 "Her eyes on the closest platform, Vivian burrowed her feet into the sandy floors of the arena and pushed hard against the ground. With the grace of a floating feather, the jump catapulted her one level higher than the platform she had aimed for. Vivian exhaled in relief. The Featherweight Philtre seemed to be working well, which meant every jump would diminish its overall effect by fifty percent."

The Featherweight Philtre is a potion made from several common Alarian weeds and herbs. The potion, when administered orally, makes the patient temporarily weightless, from whence its naming.

The Featherweight Philtre was legally used by Vivian Amberville during the “Weaver Trials” – namely The Trial of Paths – to help her reach the highest platform before any of her Alters.