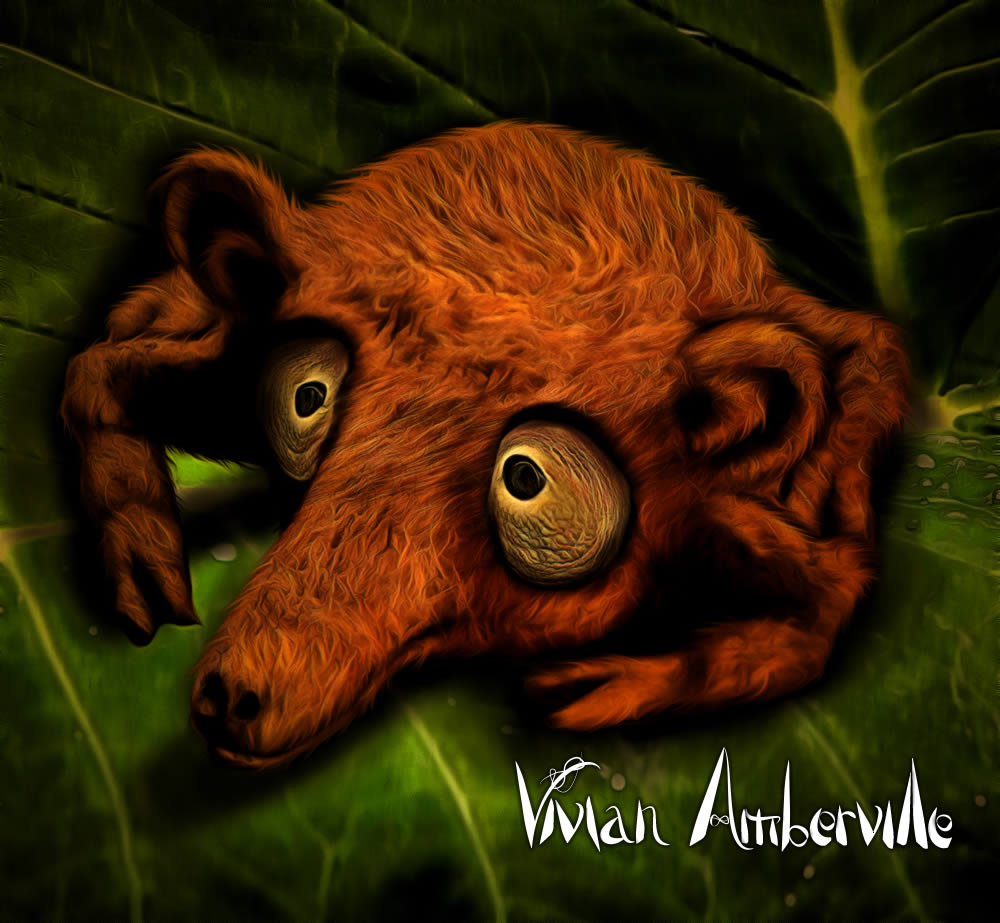 "The animal’s pelt demonstratively changed as to mimic the tree’s cracked and hollow texture. Its fur was a mantle of satin-black; a black so deep and penetrating one could have easily believed it was hollowed."

Kaap-inna-Valma (pronounced: Káp-iná-Valmá), also known as the "Hole-in-the-Wall" is an extinct species of shape-shifting telepathic animal (Oj't) that used to thrive in the dark and humid forests of Ærria.

Though generally categorized as "lesser creatures", Hole-in-the-Walls are endowed with exceptional empathy, intelligence and cunning, characteristics also found in Higher beings (Sha’an’laas). Although their species have never evolved the ability of speech, Hole-in-the-Walls can communicate telepathically with each other and other Higher beings.

A Hole-in-the-Wall's pelt is made of Shadowhide, a Kaalà-enriched material which allows them to alter the subatomic structure of their bodies at will. As to that, these shape-shifting creatures can change their skin colour in accordance to their mood and even modify their body shape and size when it suits them.

In avoiding danger, Hole-in-the-Walls are known to take the shape of the environment and even change it, by transforming into fully-functional holes, nooks, tree-hollows, craters and crevices, from whence their naming. Shadowhide is recognized as one of the 3 Alarian materials known to alter reality.

Hole-in-the-Walls have been driven extinct by Ærria's widespread Shadowhide contraband. This destructive practice brought about the killing of 500 thousand specimens, which were hunted down and skinned alive for their precious reality-changing skins.