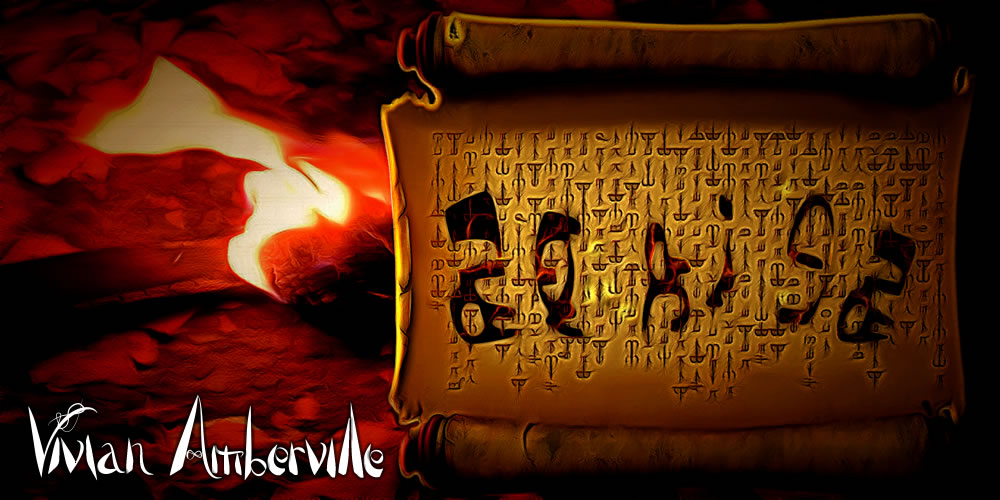 "The prospect of being spoken to in a universally-intelligible language gave Vivian a headache – or perhaps it was the effect of hunger, thirst and sleep deprivation. Whatever Æurlek’ääj was, it entered her head without passing through her ears."

Considered to be the oldest language of the cosmos, Æurlek’ääj addresses one's mind, not their ears. Now a dying language, Æurlek’ääj was only preserved into modern Æurlek to denominate topography (names of realms, old settlements or mountain chains) or abstract concepts that could not be translated into modern languages, such as: Æbekanta (a term to describe cosmic Chaos and Apocalypse), Kaalà (the force of Creation), or Nasitra’nëja (a highly-controversial type of Healing).

Æurlek’ääj cannot be learned by Taal'kai (the Thread of All Tongues), a type of Thread woven into one's spinal cord that grants instant access to all the languages and dialects of the cosmos. Both Æurlek (modern Alarian language) and Æurlek’ääj (ancient Alarian language) are taught in special institutes called Schools of Thought along with Weaving, Sight, Nasitra’nëja and other forbidden lores.